Santa Rosa, CA – One Killed, One Injured in Motorcycle Crash on Hwy 101 at Willits

Home » Santa Rosa, CA – One Killed, One Injured in Motorcycle Crash on Hwy 101 at Willits

Santa Rosa, CA (May 13, 2021) – A motorcyclist was killed after a crash occurred on the Highway 101 bridge near Santa Rosa and Willits early Thursday morning, May 13, troopers with the California Highway Patrol said.

The highway was closed for four hours after the accident, which was reported shortly before 3:00 a.m. The CHP log described it as a head-on collision in the southbound lane with two vehicles on fire. Officers then confirmed that the motorcyclist involved had been ejected off the edge of the bridge. The victim was pronounced dead at the scene.

Another person was critically injured and required an air ambulance.

Those involved have not been identified at this time. No other information was given about the crash, which remains under investigation.

Our deepest condolences go out to the family of the deceased victim. Our thoughts are with the injured victims and their families. We hope for their full recovery.

Motorcycle Accidents in the Bay Area 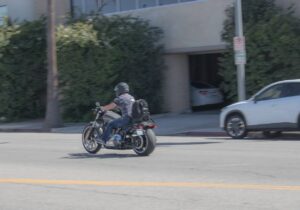