Officers say that the crash was reported shortly after 5:00 p.m. and occurred on Highway 1 south of Waddell Creek. Troopers with the California Highway Patrol stated in their initial reports that a 59-year-old Los Gatos woman driving a Subaru Impreza southbound didn’t see a Harley-Davidson motorcycle ahead of her and ran into it. As a result of the collision, the rider was ejected from the motorcycle and died at the scene despite life-saving efforts performed by paramedics.

His name has not been released, and the collision remains under investigation. 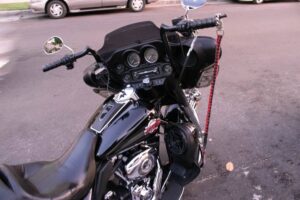