Santa Clara, CA (June 23, 2021) – A crash that killed a bicyclist was reported around 7:30 a.m. on Saturday, June 19, in Santa Clara County, according to troopers with the California Highway Patrol.

Officers were dispatched to the scene of the accident, which occurred on Hale Avenue north of Blossom Court in the Coyote community, at approximately 7:23 a.m. CHP officers said that a 26-year-old man driving a 2003 Honda sedan southbound on Hale drifted onto the paved shoulder. Shortly afterward, he struck a 51-year-old female cyclist in the bike lane, causing her to be thrown from her bicycle.

The man pulled to the side of the road and called 911 while witnesses and bystanders stopped to help. EMS was dispatched but the woman was pronounced dead at the scene.

The CHP said it did not appear alcohol or drugs played a role in the accident, though the investigation is ongoing. 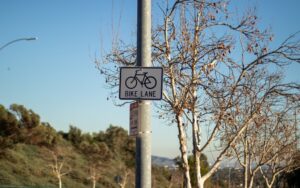 Data released in the last several years by the California Department of Transportation show that fatal bike injuries are on the rise throughout the Golden State. In fact, more than 60% of fatal bicycle crashes were caused by distracted drivers hitting cyclists, even when riders used bike lanes or the sidewalk to observe traffic regulations. Furthermore, cyclists are particularly vulnerable to serious injury or death after a bike crash. Due to the fact that bicyclists do not have the protection of passenger vehicles, riders may be subject to more severe consequences as a result of an accident.