San Francisco, CA (April 6, 2021) – An elderly pedestrian was killed after being hit by a driver in the South of Market neighborhood on Saturday, April 3.

Authorities with the San Francisco Police Department say that the 78-year-old male victim was crossing the intersection of Third Street and Folsom Street at approximately 1:00 p.m. when he was hit by a vehicle. The driver, later identified as Othman Ahmedmohamed Alghazali, fled the scene.

The victim was transported to the hospital via ambulance but later succumbed to his life-threatening injuries.

Alghazali later returned to the scene and was identified as the suspect, Lobsinger said. He is now being charged. 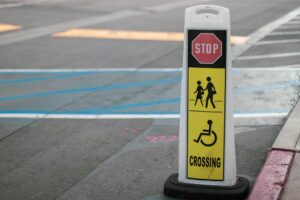