San Francisco, CA (May 20, 2021) – Authorities identified the woman killed in a pedestrian accident in San Francisco on Tuesday evening.

Officers say that 29-year-old Lovisa Svallingson was killed in a hit-and-run crash that also left a man hospitalized with critical, life-threatening injuries, officers said on Wednesday.

Police responded to the crash around 7:00 p.m. and say that it happened at the intersection of Polk Street and Hayes Street. The collision occurred when a Chevy Avalanche hit an Audi A6 and then careened into the two victims. The driver fled the area on foot.

Svallingson was declared deceased at the scene. Adam Lobsinger, a spokesman for the San Francisco Police Department, said the investigation into the events leading up to the collision is ongoing. The surviving pedestrian, identified as a 30-year-old man, was transported to San Francisco General Hospital on Tuesday evening.

Our deepest condolences go out to the family of Lovisa Svallingson. Our thoughts are with the injured victim in hopes of a full recovery. 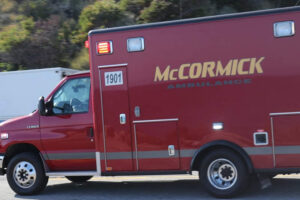 Nearly 35,000 accidents resulted in fatalities, major injuries, or minor injuries on Bay Area roadways over the last several years. Thousands of lives are lost every year on California’s highways, major thoroughfares connecting large city centers, local streets, and beyond. This is especially true for incidents involving pedestrians, which often cause catastrophic consequences for these vulnerable victims.