Police say that the other driver involved has been arrested for suspicion of driving while intoxicated.

Troopers with the California Highway Patrol said that the crash was reported around 12:30 a.m. and occurred on northbound Highway 680, just south of Jacklin Road.

At that time, a 2012 Infiniti struck sand barrels and a concrete sound wall before stopping. The woman, a passenger in the vehicle, was pronounced dead at the scene, CHP officials said.

The accident remains under investigation. 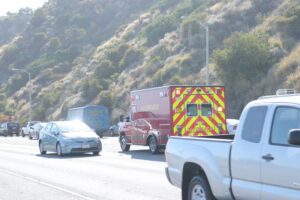