Police are calling the man’s death vehicular homicide. The incident happened on June 16 around 9:15 p.m. and occurred at the intersection of West Tennyson Road and Dickens Avenue. Troopers with the California Highway Patrol identified the man as 55-year-old Richard Heard, Jr.

The driver of the vehicle that hit Heard fled the scene and was gone by the time officers arrived. Medical personnel also responded to the crash and performed life-saving measures on Heard before transporting him by ambulance to Eden Medical Center in Castro Valley. Medical authorities pronounced him dead on arrival.

Police have not identified any suspects at this time and did not release a description of the vehicle or its driver.

The investigation is ongoing, and officers have asked anyone with information about the collision to contact them.

Our deepest condolences go out to the family of Richard Heard, Jr. 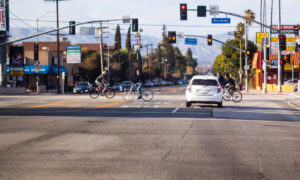 Recent data released in the last several years by the California Department of Transportation show that fatal bike injuries are on the rise throughout the Golden State. In fact, more than 65% of fatal bicycle wrecks were caused by distracted drivers hitting cyclists, even when riders used bike lanes or the sidewalk to observe traffic regulations. Furthermore, cyclists are particularly vulnerable to serious injury or death after a bike crash. Due to the fact that bicyclists do not have the protection of passenger vehicles, riders may be subject to more severe consequences as a result of an accident.