Fresno, CA (June 3, 2021) – A man sustained serious but non-life-threatening injuries after he was struck by an 18-wheeler on Wednesday morning, June 2.

Fresno police were called to the scene at Dakota Avenue and Armstrong Avenue around 8:20 a.m. Police said that multiple witnesses reported that a tractor-trailer hauling dirt and driving westbound on Dakota struck the bicyclist, who became trapped under its tires. Paramedics said that the man was dragged several feet, crushing his lower extremities.

Two bicyclists were riding with the victim, though they did not sustain injuries. Officers said that the man is expected to survive.

The big-rig driver remained at the scene and is cooperating with authorities.

Our thoughts are with everyone involved in this collision. We hope for the full recovery of the injured victim. 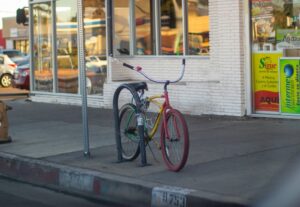