El Cerrito, CA (July 21, 2021) – Troopers with the California Highway Patrol say that a big-rig crash and fire on eastbound Interstate 80 in El Cerrito snarled traffic for hours and left at least one person with injuries.

East Bay rescue units responded around 3:25 p.m. Police received reports that a truck caught fire after an accident, forcing lane closures on I-80 just west of Potrero Avenue. Four lanes were blocked as firefighters rushed to the area. EMS units were also dispatched to the scene and appeared to transport at least one victim to an area hospital via ambulance. Other victims were treated at the scene and released.

The incident impacted traffic throughout the East Bay and eastbound traffic on the Bay Bridge coming out of San Francisco for several hours.

Motorists were advised to use alternate routes as CHP troopers worked to clear the scene and collect evidence. Their investigation is ongoing at this time, however, and further details have not been provided. 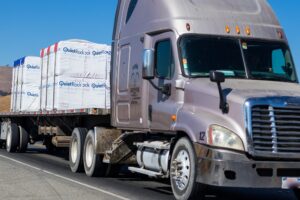 Thankfully, the victims and their families affected by Bay Area big-rig accidents can seek help from a California truck accident attorney who’s well-versed in state law and can help those affected secure justice. A skilled, experienced attorney in California can help those who have sustained injuries get the fair compensation they deserve after suffering in an 18-wheeler accident that occurred through no fault of their own.

Gene Halavanau at Halavanau Law Office in San Francisco strives to help victims, as well as their families, in their time of need. At Halavanau Law Office in San Francisco, our legal team is here to ensure that you are able to recover the maximum amount of compensation available for your injuries and losses. We believe that victims and their families should never be forced to spend tens of thousands of dollars out of their own pockets on medical treatment, particularly if their injuries result from an accident caused by the careless, reckless, negligent, or intentional actions of a truck driver or their company.

At Halavanau Law Office, we will gladly review the facts of your case and personalize our advice to match your needs. We’ve spent years fighting for victims and their families in the aftermath of a serious truck accident. If you’ve been involved in a big-rig crash caused by the negligent actions of another driver, contact our injury attorneys in the Bay Area today at (415) 692-5301 or Halavanau.com to schedule your free, no-hassle consultation.