According to officers with the Berkeley Police Department, the crash was reported around 1:30 p.m. near San Benito Road. A passenger in one of the vehicles involved was pronounced dead at the scene. The driver of that vehicle was transported to Highland Hospital via ambulance in critical condition, though the driver later died.

Police said that a mother and her daughter were traveling in the second vehicle. The mother was taken to Highland Hospital via ambulance with moderate injuries and her daughter accompanied her, but it’s unclear if she required medical assistance as well.

The investigation is ongoing, and further details on the events leading up to the wreck have not been released. 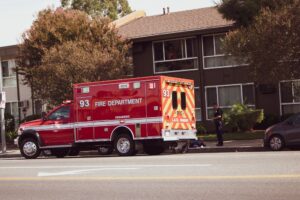