Watsonville, CA – One Killed, One Injured in Fatal Wrong-Way Car Accident on Hwy 1

Watsonville, CA (February 22, 2021) – Troopers with the California Highway Patrol say that a 45-year-old Moss Landing woman was killed on Sunday in an early-morning wrong-way crash on Highway 1.

The CHP responded to the crash shortly after midnight and say that it occurred in the southbound lanes of Hwy 1 near Main Street. The victim, a front-seat passenger riding with a 46-year-old man driving a 2002 BMW, was fatally injured when a driver in a 2015 Nissan struck the BMW while driving the wrong way. The Nissan collided head-on with the BMW.

The accident remains under investigation at this time, and no further details have been released. 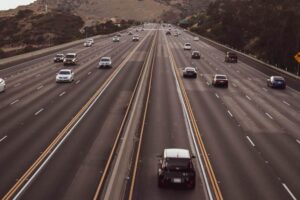 Serious car accidents causing injuries or even fatalities are an unfortunate part of life in California. When multiple victims are injured in an accident, they may have to deal with other drivers’ insurance companies, long-term physical pain, and expensive hospital bills. Occasionally, as a result of these incidents, victims succumb to their injuries, leaving their grieving families to cope with emotional trauma and financial difficulties as a result of another driver’s negligence.