Altamont Corridor Express officials reported the incident shortly after 7:00 a.m. An ACE spokesperson said that train 5 from Stockton to San Jose stopped just before the Tracy station as a result of the accident, which occurred around 6:45 a.m. Tracy police officers say that the train hit a construction company vehicle with a man inside. He was doing work on Linne Road between MacArthur Drive and Tracy Boulevard when his truck was hit.

Authorities are still working to piece together the circumstances causing the crash. Police say the incident remains under investigation, and they have not released the identity of the man killed. 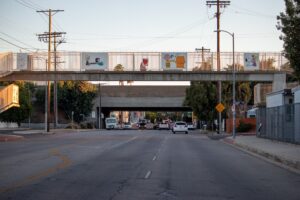 According to accident reports released by California authorities, nearly 40,000 motor vehicle collisions resulted in fatalities or major injuries on Bay Area roadways during the last five years alone. From long-term physical problems to emotional trauma and even serious injury or death, these incidents caused by cars, trucks, and other large commercial vehicles, including planes, trains, and 18-wheelers, are devastating.

Though they may occur less often than other types of wrecks, almost 1,000 railroad fatalities across the country in only one year. With millions traveling by train in California daily, the risk of these deadly accidents for Golden State commuters can be elevated.

Overall, it’s clear that serious vehicle accidents causing injuries or death are an unfortunately common part of life throughout California, especially in large city centers like Los Angeles, Sacramento, and the many busy urban regions that comprise the Bay Area. Furthermore, hundreds of thousands of individuals travel into San Francisco daily from surrounding towns, such as San Jose, Oakland, and Vallejo.

When victims are injured as a result of another party’s negligence, whether they’re struck by a car or train, hit on their bicyclist, or involved in a wreck on public transit, they may have to deal with large commercial insurance companies, serious physical pain, and expensive hospital bills. Occasionally, victims succumb to their injuries as a result of these devastating collisions, leaving their grieving families to cope with emotional trauma and ongoing financial difficulties, all as a consequence of another party’s negligence.

When it comes to fighting for victims and their families, Gene Halavanau at Halavanau Law Office has years of experience aiding those affected by accidents in their time of need. At Halavanau Law Office in San Francisco, our legal team can help you collect the maximum compensation available for your injuries and losses, allowing you to secure justice after you’ve suffered due to the negligence of another party. Victims and their families should never be forced to spend tens of thousands of dollars of their own money, especially if their injuries resulted from an accident caused by the careless, reckless, or intentional actions of someone else.

At Halavanau, we will gladly review the facts of your case, personalizing and tailoring our advice to match your specific needs. If you’ve sustained injuries in an accident that’s occurred through no fault of your own or lost a loved one as a result of a deadly collision, please reach out to our accident attorneys in the Bay Area today at (415) 692-5301 or Halavanau.com to schedule your free, no-hassle consultation.