Alyssa Roman was reportedly riding as a passenger in a 2004 Toyota Camry driven by 19-year-old Richard Quihuis, Jr. The wreck occurred shortly before 2:00 a.m. on the Morrissey Boulevard exit from the southbound lanes of Highway 1. Two additional passengers in the car were able to exit the vehicle but sustained minor injuries. The car struck a concrete curb and a metal guardrail before catching fire.

The accident remains under investigation, and no further details have been released. Officers say that charges against Quihuis are pending.

Our deepest condolences go out to the family of Alyssa Roman. Our thoughts are with the injured victims and their families in hopes of a full recovery. 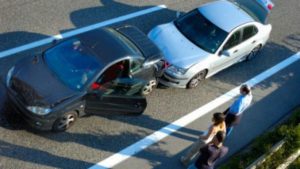