San Rafael, CA (May 18, 2021) – Officers with the San Rafael Police Department closed Fourth Street on Tuesday after a commercial truck struck and killed a pedestrian.

The victim was identified as 73-year-old Elida Delgado Rodriguez, the county coroner’s office said. The incident happened around 8:00 a.m. when a box truck traveling north on G Street hit the victim in a crosswalk on Fourth Street. San Rafael police Officer Kaitlin Maley said that the driver stayed on the scene. Police are still investigating the incident but do not suspect driver intoxication was a factor.

The victim was in cardiopulmonary arrest when EMTs arrived, and resuscitation efforts failed.

Our deepest condolences go out to the family of Elida Delgado Rodriguez. 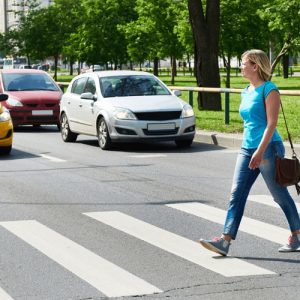