San Leandro, CA (July 15, 2021) – On late Tuesday evening, July 13, a woman died after her vehicle fell into the water at San Leandro Marina, according to reports released by officers at the scene.

Police immediately responded to the marina, located at 40 Mulford Point Drive, after dispatchers called in the crash around 11:00 p.m. Upon arrival, officers saw that the vehicle was fully submerged in the water, and witnesses informed officers that they heard screams coming from the wrecked vehicle.

Alameda County firefighters rescued the woman from her vehicle and rushed her to an area medical center by ambulance. She was later pronounced dead at the hospital.  Authorities described the victim as an adult woman in her mid to late 20s, though her identity is being withheld until next of kin notifications are completed.

The investigation into the cause of the accident is ongoing, and further details about the circumstances surrounding the incident have not been released. It’s unclear if any other victims or vehicles were involved.

Our deepest condolences go out to the family of the deceased victim at this time. 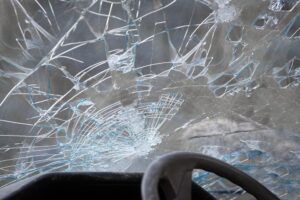