San Leandro, CA – One Killed, Two Injured in Nine-Car Crash on I-880 at Washington Ave

Home » San Leandro, CA – One Killed, Two Injured in Nine-Car Crash on I-880 at Washington Ave

Officers with the Alameda County Police Department responded to the accident around 9:48 a.m. The wreck occurred in the southbound I-880 lanes near Washington Avenue and initial reports stated that at least six vehicles were involved. Officers with the California Highway Patrol, also responding to the scene, said on Tuesday afternoon that police eventually discovered nine vehicles were involved in the accident, including a rolled van.

One of those vehicles, a white Honda Civic, was hit by an SUV that ended up on top of the rear of the Honda. The Honda’s driver, identified only as a woman in her 20s or 30s, was pronounced dead at the scene. An Alameda County coroner’s bureau staffer said her identity has not been made public.

A passenger in the Honda was transported to an area medical center for treatment of major injury, and a person in one of the other vehicles was transported for a minor injury. Their conditions were not immediately available.

The cause of the collision is still under investigation, with speed listed as a possible factor. 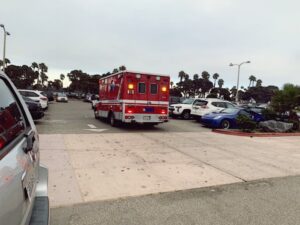 According to California authorities, almost 35,000 car accidents resulted in fatalities, major injuries, or minor injuries on Bay Area roadways over the last several years. As a result, thousands of lives are lost every year on California’s highways, major thoroughfares connecting large city centers, local streets, and beyond.