Officers say that a man died after being thrown from a freeway overpass following a three-car accident. Police were dispatched to the northbound lanes of Interstate 280, just past the Fourth Street on-ramp in downtown San Jose, after receiving reports of two crashes in the far-left lane.

An initial investigation found that a 1972 Chevy Impala traveled onto the freeway from the on-ramp and was hit by a Toyota Prius shortly afterward. After the initial collision, both drivers pulled over and got out of their vehicles, the CHP said. A 2008 BMW 328i sedan traveling at a high rate of speed then hit the two stopped cars, causing a chain reaction crash. The Impala’s driver was hit and knocked off of the elevated freeway as a result of the impact.

The victim, identified only as a 40-year-old man, landed in a parking lot below and sustained critical injuries. EMS units rushed to the scene and pronounced the man deceased before he could be transported to a hospital.

The driver of the BMW, a 24-year-old Sunnyvale man, sustained minor injuries. His passenger, a 24-year-old San Jose man, was also injured, and both men were taken to Regional Medical Center via ambulance. It’s unclear if anyone traveling in the Toyota Prius sustained injuries.

No one has been cited or arrested as of Sunday morning, but officers asked anyone with information about the crash to contact the CHP San Jose field office. Troopers say their investigation is ongoing at this time. 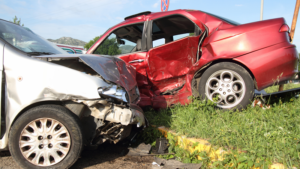 But the victims and their families affected by these wrecks can seek help from a San Francisco car accident attorney. A skilled attorney in California can help victims seek justice and the fair compensation they deserve after suffering in an accident that occurred through no fault of their own.

At Halavanau in San Francisco, our compassionate, dedicated legal team will gladly review the facts of your case and tailor our advice to match the specific needs of your case. We have years of experience when it comes to fighting for victims and their families. If you’ve been involved in a crash caused by the negligent actions of another driver, contact our injury attorneys in San Francisco today at (415) 692-5301 or Halavanau.com to schedule your consultation. Our Bay area injury lawyers are here to help you and your family in your time of need.