San Jose, CA (June 27, 2021) – A man died after a motorcycle accident occurred in the south San Jose area on Sunday evening, June 27, according to officers with the San Jose Police Department.

SJPD officers say that the motorcyclist was killed around 9:00 p.m. Sunday night in San Jose. The wreck occurred in the area of McLaughlin Avenue and Cray Court, just north of East Capitol Expressway. Traffic in the area continued to be impacted for several hours as police worked to clear the scene and investigate the cause of the accident. EMTs were also on the scene and attempted life-saving measures on the man, though he was pronounced dead before he could be transported to an area medical center.

The investigation into the cause of the collision is still ongoing, and further details about those involved have not been released. 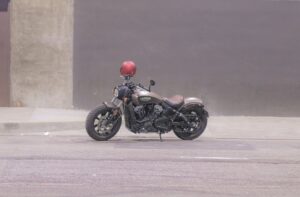 Officials with the California Department of Transportation say that hundreds of thousands of lives are lost annually on California’s highways, major thoroughfares connecting large city centers, local streets, and beyond. This is especially true for motorcycle accidents, which often cause catastrophic consequences for vulnerable victims. Furthermore, motorcycle deaths in California accounted for more than 15% of total motor vehicle deaths in 2016. That year, there was an 11% increase in motorcycle fatalities from the previous year, according to the California Department of Motor Vehicles.

Our team at Halavanau will gladly review the facts of your case and tailor our advice to match the specific needs of your case. We have years of experience when it comes to fighting for victims and their families. If you’ve been involved in a crash caused by the negligent actions of another driver, contact our accident attorneys near the San Jose area as soon as possible at (415) 692-5301 or www.Halavanau.com to schedule your consultation.