San Jose, CA (June 30, 2021) – A driver was killed in a crash that occurred on a South Bay freeway Wednesday afternoon, June 30, authorities said with the California Highway Patrol said.

CHP reported the collision around 4:15 p.m. and said that it occurred on the southbound Interstate 880 off-ramp to Bascom Avenue in San Jose. CHP Officer Ross Lee said that the driver, described as a man between 50 and 60 years old, was pronounced dead at the scene before EMS could transport him to an area medical center for treatment.

Lee said that the troopers’ initial investigation revealed that a Mazda3 had crashed into a concrete barrier separating the southbound on- and off-ramps and overturned. It’s unclear how many drivers were involved in the incident, though they say that the deceased was driving the Mazda3.

Lee said that the off-ramp was closed for an investigation for at least two hours. Further details surrounding the circumstances of the wreck have not been released, but the investigation is ongoing.

Our deepest condolences go out to the family of the deceased victim at this time. 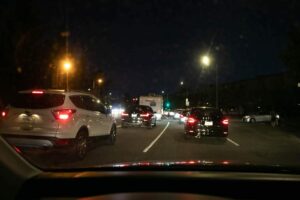