Officers were called to the intersection of San Bruno Avenue and Masson Avenue around 10:40 p.m. on March 26 for a report of a pedestrian accident, the San Bruno Police Department said in a news release on Tuesday. The pedestrian, a San Bruno resident, was found at the scene suffering from major injuries and unresponsive.

The pedestrian was transported to a hospital via ambulance, police said. An update on the victim’s condition was not immediately available.

The driver, a 56-year-old San Jose resident, remained at the scene and cooperated with the initial investigation.

Authorities with the Regional Major Incident Accident Team, or MAIT, are investigating the collision. Officers say that anyone with information about the collision can contact the San Bruno Police Department.

Our thoughts are with the injured victim. We hope for their full recovery. 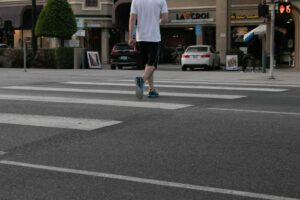 Our team at Halavanau will gladly review the facts of your case and tailor our advice to match the specific needs of your case. We have years of experience when it comes to fighting for victims and their families. If you’ve sustained injuries as a result of a Bay Area pedestrian accident caused by the negligent actions of another driver, contact our pedestrian accident attorneys in San Francisco today at (415) 692-5301 or Halavanau.com to schedule your consultation.