Pleasanton, CA (July 7, 2021) – On Monday morning, July 5, injuries were reported following a two-vehicle accident that occurred on the 580 Freeway near Hacienda Drive

Officers with the Pleasanton Police Department say that the incident took place on the 580 Freeway near the Hacienda off-ramp around 6:35 a.m. Initial reports stated that a tractor-trailer and another vehicle were involved in the incident. Following the crash, the authorities closed two lanes on westbound 580 in order to complete the on-scene portion of their investigation.

EMS units were also on the scene and appeared to treat or transport at least one victim, but the total number of victims and the extent of their injuries remain unknown at this time. 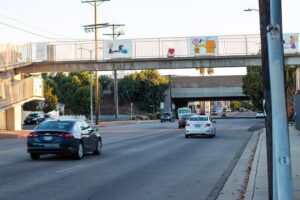 California Department of Transportation authorities and California Highway Patrol troopers, as well as state officials, have said that 35,000 traffic accidents resulted in fatalities, major injuries, or minor injuries on Bay Area roadways over the last two years. As a result, thousands of lives are lost every year on California’s highways, major thoroughfares connecting large city centers, local streets, and beyond.