Pittsburg, CA (April 14, 2021) – An adult and a child were killed and five other people, including children of ages 1, 4, and 10, sustained serious injuries in a crash that occurred on Monday evening, April 12.

The driver who allegedly caused the accident was uninjured, and investigators said he showed signs of impairment when he spoke to officers. He was arrested and booked into Martinez County Jail on suspicion of felony gross vehicular manslaughter while intoxicated, felony driving under the influence resulting in bodily injury, and probation violation.

The crash took place around 6:00 p.m. on West Leland Road, east of John Henry Johnson Parkway. Investigators said that a Toyota Corolla and a Chevrolet Camaro, which was driven by the suspect, were both in eastbound lanes when the Camaro, traveling at high speed, rear-ended the Corolla. The Corolla’s driver then lost control as a result of the collision and struck several trees, authorities said. The driver of the Corolla was pronounced dead at the scene and one of their passengers suffered major injuries.

Three children were ejected from the Corolla’s back seat, including a 1-year-old who was in a car seat, as well as a 4-year-old and a 7-year-old.

The 7-year-old was transported to UCSF Benioff Children’s Hospital Oakland, where she was pronounced dead. The two other children ejected from the Corolla were hospitalized with serious injuries. Two passengers from the Camaro were hospitalized, including a 10-year-old child.

The accident remains under investigation, and no further details have been released.

Our deepest condolences go out to the families of the deceased victims. Our thoughts are with any injured victims and their families in hopes of a full recovery. 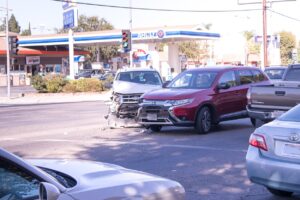