Officers say that one of the teens, a 15-year-old boy, suffered critical injuries and remained hospitalized as of Thursday morning. Another victim, a 19-year-old Discovery Bay resident, also sustained serious injuries, though their current condition is unknown.

Troopers with the California Highway Patrol were dispatched to the scene around 5:30 p.m. and responded to the 4500 block of Sellers Avenue, located near Delta Road. Upon arrival, officers found a white 2015 Acura TLX sedan that had struck a blue 2003 Ford F-150 pickup truck.

Preliminary information from investigators noted that the 15-year-old boy was a passenger in one of the vehicles, though it’s unclear which one. Officers did not release specific details on the events leading to the wreck and have not provided identifying information about those involved.

The wreck remains under investigation at this time. 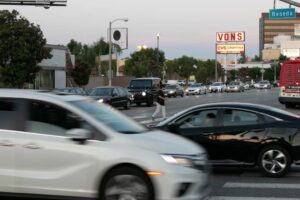