Oakland, CA (March 7, 2021) – A 31-year-old Fremont woman who was killed last Thursday afternoon after a pedestrian accident in Oakland has now been identified, according to police.

According to authorities with the Oakland Police Department, officers responded to the scene around 3:25 p.m., located at the 300 block of MacArthur Boulevard. Police say that a woman, now identified as 31-year-old Courtney Osegueda, and her co-worker were crossing MacArthur Boulevard from the south. At that time, a two-axle dump truck slowed down to wait for the two to cross, causing a backup.

After the backup occurred, a Nissan Maxima traveling eastbound crossed the double yellow line to bypass the backed-up vehicles, struck Osegueda, and kept driving. Witnesses provided officers with the vehicle’s license plate number, allowing police to track down the owner of the Nissan, identified only as a 35-year-old Berkeley resident.

Officers with the OPD are still investigating the wreck and have not said if charges have been filed.

Our deepest condolences go out to the family of Courtney Osegueda. 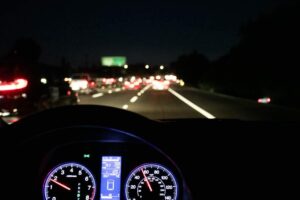 Our team at Halavanau will gladly review the facts of your case and tailor our advice to match the specific needs of your case. We have years of experience when it comes to fighting for victims and their families. If you’ve been involved in a crash caused by the negligent actions of another driver, contact our injury attorneys in the Bay Area today at (415) 692-5301 or Halavanau.com to schedule your consultation.