Oakland, CA – Serious Injuries Reported in Three-Car Crash on I-880 at High St

Oakland, CA (May 16, 2021) – Troopers with the California Highway Patrol are investigating a multi-car crash that occurred on Saturday night, May 15, in Oakland and left at least one person injured.

Officers say that the crash happened in the southbound lanes of the Interstate 880 Freeway near High Street around 8:45 p.m. Three cars were involved in the incident, though investigators did not release specific details on the events leading up to the collision.

One person reportedly sustained a head injury and was transported to an area hospital via ambulance for treatment.

An investigation into the accident is underway. 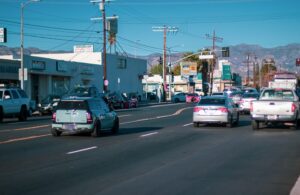 Gene Halavanau at Halavanau Law Office strives to help victims and their families after they’ve suffered in a San Francisco car accident that’s occurred through no fault of their own. At Halavanau Law Office in San Francisco, our team can help you collect the maximum amount of compensation available for your injuries and losses. Victims and their families should never be forced to spend tens of thousands of dollars of their own money on medical treatment, especially if their injuries resulted from an accident caused by the careless, reckless, negligent, or intentional actions of another party.

Our team at Halavanau will gladly review the facts of your case and tailor our advice to match the specific needs of your case. We have years of experience when it comes to fighting for victims and their families. If you’ve been involved in a crash caused by the negligent actions of another driver, contact our personal injury lawyers in the Bay Area today at (415) 692-5301 or Halavanau.com to schedule your consultation.