Oakland, CA – One Dead, One Injured After Fatal Hit-and-Run Crash on I-580 at Edwards Ave

Home » Oakland, CA – One Dead, One Injured After Fatal Hit-and-Run Crash on I-580 at Edwards Ave

Oakland, CA (February 15, 2021) – Troopers with the California Highway Patrol are seeking witnesses to help with an investigation after a fatal hit-and-run accident that left one woman dead and a man hospitalized.

Per officers’ initial reports, the wreck briefly closed Interstate 580 lanes. Authorities said on Sunday that officers responded shortly after 3:10 p.m. to eastbound I-580, just west of the Edwards Avenue off-ramp for a report of a collision. CHP Officer Sean Layton said that when officers arrived, they found a green Plymouth Breeze sedan with major collision damage on the roadway’s right shoulder.

The Plymouth’s passenger, identified only as an adult female, was pronounced dead at the scene of the accident. Its driver, an adult man, was taken to a hospital via ambulance for treatment of moderate injuries. Investigators believe that the Plymouth was in the roadway’s first lane when another vehicle struck it from behind before fleeing the scene.

Our deepest condolences go out to the family of the deceased victim. Our thoughts are with the injured victim and his family in hopes of a full recovery. 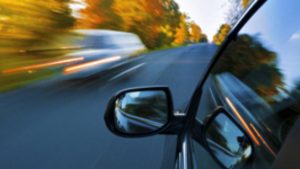 Over the last several years, nearly 35,000 traffic accidents resulted in fatalities, major injuries, or minor injuries on Bay Area roadways. Thousands of lives are lost every year on California’s highways, major thoroughfares connecting large city centers, local streets, and beyond. Furthermore, many of these fatal accidents may be hit-and-run crashes, where a driver leaves the scene after an accident.

Our team at Halavanau will gladly review the facts of your case and tailor our advice to match the specific needs of your case. We have years of experience when it comes to fighting for victims and their families. If you’ve been involved in a crash caused by the negligent actions of another driver, contact our accident attorneys in San Francisco today at (415) 692-5301 or halavanau.com to schedule your consultation.