Shortly after midnight, troopers with the California Highway Patrol said a man in his 40s was driving a Subaru when he collided with a BMW on southbound Highway 101, just north of the Highway 85 connection.

The driver of the Subaru then lost control as a result of the impact, causing him to hit a light pole and the highway sound wall. His vehicle finally overturned onto its roof, according to CHP Officer Art Montiel.

The man was transported by ambulance to Stanford Hospital in critical condition and was later pronounced dead, Montiel said. The two people traveling in the BMW sustained only minor injuries and were treated at the scene. 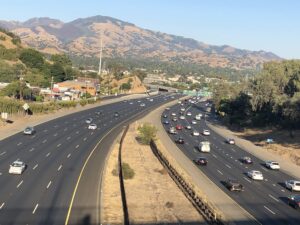