Mill Valley, CA (July 19, 2021) – Authorities in Marin are investigating the death of a man who was hit and pinned by his work truck on Monday afternoon, July 19.

Officers with the Mill Valley Police Department and Southern Marin firefighters responded to a report of a collision involving a truck and a pedestrian around 1:30 p.m. The incident reportedly occurred at Summit Avenue and Magee Avenue.

Police Chief Rick Navarro said that first responders found the man, identified as 68-year-old Melvin Lee Raby, unresponsive. Raby was stuck between the vehicle and a house, per a report from the Marin County coroner’s office. As first responders worked to free him, Raby went into cardiac arrest. He was pronounced dead a few minutes later.

San Rafael police and California Highway Patrol troopers also responded and say that their investigation into the cause of the incident is ongoing.

Our deepest condolences go out to the family of Melvin Lee Raby. 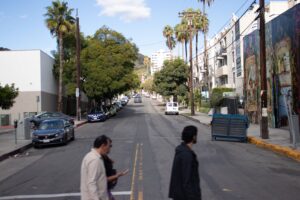 In the span of just one recent year, more than 30,000 traffic crashes resulted in fatalities, major injuries, or minor injuries on Bay Area roadways. Tragically, hundreds of lives are lost each year on major thoroughfares and highways throughout the bustling city centers in Northern California. From San Jose and Oakland to Fremont and beyond, fatal pedestrian accidents are one of the most common contributors to vehicle fatalities that occur in the Bay Area.

Our legal team will gladly review the facts of your case, tailoring our advice to match your specific needs. We have years of experience when it comes to fighting for victims and their families, so you can rest assured that we will work to secure your entitled compensation. If you or a loved one has been involved in a crash caused by the negligent actions of another party, reach out to our lawyers in the Bay Area today at (415) 692-5301 or Halavanau.com to schedule your consultation.