Martinez, CA (April 11, 2021) – Police have identified a bicyclist critically injured by a collision with a car who died on Thursday morning, April 8.

Per reports from authorities, the incident occurred in the 1800 block of Arnold Drive. Officers were called to the scene around 8:00 a.m. and found an adult male suffering from serious injuries. The cyclist, now identified as 65-year-old Russell Hofeling, was transported via ambulance to the John Muir Trauma Center in Walnut Creek but was later pronounced dead.

The wreck is currently being investigated by the Highway Patrol’s Multidisciplinary Accident Investigation Team and the Martinez Police Department.

Our deepest condolences go out to the family of Russell Hofeling at this time. 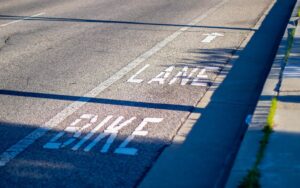 Disclaimers: The purpose of this accident news post is to bring awareness to drivers in and around the Bay Area about what they should do if they are involved in an injury accident. We hope that readers will use an abundance of caution when operating a motor vehicle to avoid being involved in a serious accident. This news post is not intended to be a solicitation for business. None of the information in this post should be considered medical or legal advice. Make sure to talk to a qualified personal injury lawyer if you have been injured in an accident through no fault of your own. The picture used in this post is not from this accident scene.