Officers with the Lafayette Police Department put out a statement on social media at 7:17 a.m. that the collision happened at Pleasant Hill Road and Olympic Boulevard. The bicyclist, now identified as 86-year-old Joe Shami, was being treated for injuries at an area medical center but died on Tuesday night. Police say an SUV hit him while he was in the roundabout intersection at Pleasant Hill and Olympic.

The accident remains under investigation, and further details about the driver involved have not been released.

Our deepest condolences go out to the family of Joe Shami. 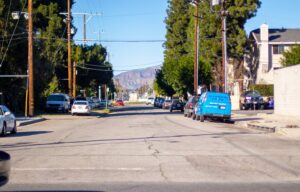 Per data released by the California Department of Transportation, deadly bike injuries are on the rise throughout the state. In fact, more than 60% of fatal bicycle crashes were caused by distracted drivers hitting cyclists, even when riders used bike lanes or the sidewalk to observe traffic regulations. Furthermore, cyclists are particularly vulnerable to serious injury or death after a bike crash. Due to the fact that bicyclists do not have the protection of passenger vehicles, riders may be subject to more severe consequences as a result of an accident.