Officers say that the crash was reported at 7:00 a.m. and occurred at the intersection of Choiceana Avenue and Yucca Street.

Investigators say the 14-year-old boy was driving a 2008 Chevrolet Tahoe west on Yucca Street when he failed to stop. He was then broadsided by a 2008 Honda Civic driven by a 55-year-old man headed northbound on Choiceana Avenue. A 2020 Kia Sportage traveling southbound on Choiceana also collided with the two cars.

The Kia’s driver was rushed to an area medical center via ambulance but died at the hospital, per a release from the SBCSD. The Coroner’s Office identified the deceased as 59-year-old Craig Sale of Hesperia. Minor injuries were reported by the other individuals involved.

Deputy Nathan Campos, a sheriff’s spokesman, said that no information on the circumstances surrounding the collision is available at this time. It’s also unclear whether the teen boy’s parents are being investigated.

Officers say they are still piecing together the events leading up to the wreck.

Our deepest condolences go out to the family of Craig Sale. Our thoughts are with the injured victims in hopes of a full recovery. 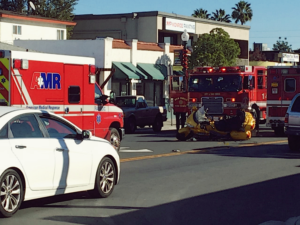 But the victims and their families affected by these wrecks can seek help from a California car accident attorney. A skilled attorney in California can help victims seek justice and the fair compensation they deserve after suffering in an accident that occurred through no fault of their own.

At Halavanau in San Francisco, our compassionate, dedicated legal team will gladly review the facts of your case and tailor our advice to match the specific needs of your case. We have years of experience when it comes to fighting for victims and their families. If you’ve been involved in a crash caused by the negligent actions of another driver, contact our injury attorneys in San Francisco today at (415) 692-5301 or Halavanau.com to schedule your consultation.