Hayward, CA – Rick Doan Killed in Hit-and-Run on I-880 at Winton Ave

Hayward, CA (August 3, 2021) – A 52-year-old man who was killed Friday morning, July 30, in a pedestrian accident on Interstate 880 was identified by the coroner’s office on Monday as Rick Doan of San Leandro.

Officers say that the driver who hit Doan has still not been apprehended. Troopers with the California Highway Patrol reported the fatal collision around 2:30 a.m. on Friday and say it occurred on southbound Interstate 880 near Winton Avenue.

Around that time, Doan pulled his Honda CR-V to the side of the highway and had exited his SUV when he was hit by a vehicle and knocked approximately 300 feet across the roadway. He was pronounced dead at the scene by EMS.

The vehicle that hit him did not stop, and CHP says that it most likely has front and right side damage.

The CHP is asking anyone with information about the wreck to contact their Hayward office. Their investigation is ongoing at this time.

Our deepest condolences go out to the family of Rick Doan.

Pedestrian Deaths in the Bay Area 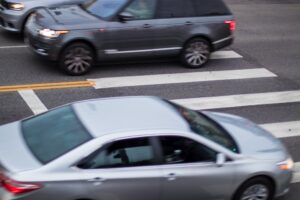 California officials say that, over the last several years, they have recorded more than 35,000 accidents resulting in fatalities, major injuries, or minor injuries on Bay Area roadways. Thousands of lives are lost every year on California’s highways, major thoroughfares connecting large city centers, local streets, and beyond. This is especially true for incidents involving pedestrians, which often cause catastrophic consequences for these vulnerable victims.

But the victims and their families affected by these wrecks can seek help from a Hayward pedestrian accident attorney. A skilled attorney in California can help victims seek justice and the fair compensation they deserve after suffering in an accident that occurred through no fault of their own.

Our team at Halavanau will gladly review the facts of your case and tailor our advice to match the specific needs of your case. We have years of experience when it comes to fighting for victims and their families. If you’ve been involved in a crash caused by the negligent actions of another driver, contact our wrongful death attorneys in San Francisco today at (415) 692-5301 or Halavanau.com to schedule your consultation.