Troopers with the California Highway Patrol said that the incident occurred around 3:00 a.m. on Interstate 880 at the interchange with Interstate 238 in Hayward. Officers and EMS personnel were dispatched shortly after the crash was reported. When they arrived at the scene, they discovered that multiple vehicles had collided in the northbound lanes of the highway.

Authorities said one victim was not breathing and was pronounced dead at the scene by the Alameda County Coroner’s office. Several others sustained serious injuries and were transported to area hospitals by ambulance. Their current conditions, as well as their identifying information, have not been released.

The investigation is ongoing at this time, and police are still working to piece together the events leading up to the wreck. 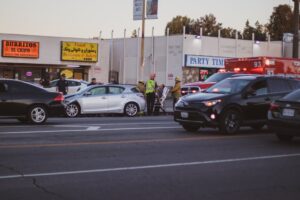 California Department of Transportation officials said that more than 30,000 traffic accidents resulted in fatalities, major injuries, or minor injuries on Bay Area roadways over the last several years. As a result, thousands of lives are lost every year on California’s highways, particularly on major thoroughfares connecting large city centers like San Francisco and the rest of the Bay Area, local streets across the state, and beyond.

Unfortunately, car accidents causing injuries or even fatalities are a common part of life in California. When multiple victims are involved in an accident and sustain injuries, they may have to deal with other drivers’ insurance companies, long-term physical pain, and expensive hospital bills. Occasionally, as a result of these incidents, victims succumb to their injuries, leaving their grieving families to cope with emotional trauma and financial difficulties as a result of another driver’s negligence.

At Halavanau Law Office, our legal team strives to help victims and their families in their time of need. Gene Halavanau at Halavanau Law Office in San Francisco works aggressively to help you collect the maximum amount of compensation available for your injuries and losses. We believe that victims and their families should never be forced to spend tens of thousands of dollars of their own money after an accident, especially if their injuries resulted from a collision caused by the careless, reckless, negligent, or intentional actions of another party.

Furthermore, the Halavanau team will gladly review the facts of your case and personalize our advice to match your needs. We have years of experience when it comes to safeguarding the rights of victims and their families. If you’ve been involved in a crash caused by the negligent actions of another driver and want to learn more about the next steps in your claim process, please contact our injury lawyers in the Bay Area today at (415) 692-5301 or Halavanau.com. We are ready to help you with a free, no-obligation consultation.