Fresno, CA (February 8, 2021) – A bicyclist has died after sustaining a major head injury in an accident that occurred in Fresno County on Monday afternoon.

Per reports from the Fresno Police Department, the incident occurred around 2:30 p.m. on Monday. At that time, a man was riding his bicycle through an alleyway near Brentwood Avenue and crossed over to Cedar Avenue. Police say that the man was thrown from his bike after being hit by a Toyota Camry heading south at the time.

The man was transported to Community Regional Medical Center via ambulance with a severe head injury. Troopers with the California Highway Patrol confirmed a couple of hours later that the bicyclist had died.

All five people traveling in the Camry were uninjured and stayed on the scene to speak to officers. The accident remains under investigation at this time. 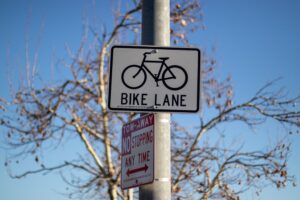 Our team at Halavanau will gladly review the facts of your case and tailor our advice to match the specific needs of your case. We have years of experience when it comes to fighting for victims and their families. If you’ve been involved in a crash caused by the negligent actions of another driver, contact our accident attorneys in San Francisco today at (415) 692-5301 or www.Halavanau.com to schedule your consultation.