Fremont, CA (July 16, 2021) – A teenage boy who was in critical condition after being struck by a car while riding his bicycle in Fremont on Sunday evening, July 4, has since died of his injuries, police said.

Officers with the Fremont Police Department responded to the scene of the accident around 9:30 p.m. Dispatchers received reports of a collision between a vehicle and bicyclist at Hansen Avenue and Dutra Way and said that a 15-year-old boy was transported to a hospital with life-threatening injuries by ambulance. He remained there in critical condition until this week when the teen’s family notified the police of his passing. His identity has not been released.

The vehicle’s driver, a 23-year-old Fremont man, stopped and cooperated with investigators. Police do not believe impairment was a factor in the collision but asked that anyone with information contact Traffic Investigator Jacob Shannon.

The investigation is ongoing at this time, and it’s unclear if charges are pending. 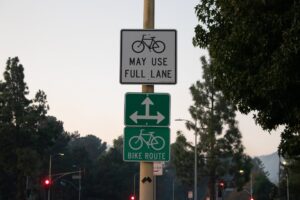