Fremont, CA (May 9, 2021) –A person was killed after being hit by an Amtrak Capitol Corridor train near the Fremont and Newark border on Friday afternoon, May 7, authorities said.

The person was struck around 2:30 p.m. by train 541. The train was reportedly stopped near the intersection of Cedar Boulevard and St. Isabel Avenue in Newark when the incident occurred. The fatality was confirmed by Fremont firefighters, who were initially dispatched to the area of Blacow Road and Hansen Drive.

Officials said there were no injuries to the 27 passengers nor the crew on the train, which was headed from Sacramento to San Jose.

Amtrak officials are working with authorities to investigate the collision. Details on the victim’s identity, as well as the events leading up to the fatal collision, have not been released. 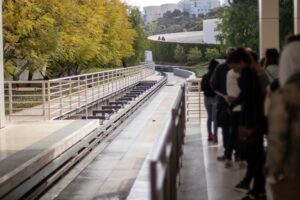 According to California authorities, almost 35,000 vehicle accidents resulted in fatalities, major injuries, or minor injuries on Bay Area roadways over the last several years. These accidents include serious injury and death caused by large commercial vehicles, including planes, trains, and 18-wheelers. In fact, there were almost 800 railroad-related deaths across the country, with millions traveling by train in California alone. Though incidents may be rare overall, thousands of lives are lost every year on California’s highways, major thoroughfares connecting large city centers, local streets, and beyond.

Serious vehicle accidents causing injuries or even fatalities are an unfortunately common part of life in California. When multiple victims are injured in an accident or are injured as a result of another party’s negligence, they may have to deal with insurance companies, long-term physical pain, and expensive hospital bills. Occasionally, as a result of these incidents, victims succumb to their injuries, leaving their grieving families to cope with emotional trauma and financial difficulties as a result of another driver’s negligence.

Our team at Halavanau will gladly review the facts of your case and tailor our advice to match the specific needs of your case. We have years of experience when it comes to fighting for victims and their families. If you’ve been involved in a crash caused by the negligent actions of another party, contact our accident attorneys in the Bay Area today at (415) 692-5301 or Halavanau.com to schedule your consultation.