Brentwood, CA (June 28, 2021) – A vehicle collision that occurred on Sunday afternoon, June 27, killed one woman and left another person with serious injuries in the Brentwood area.

In a statement released with California Highway Patrol troopers, East Contra Costa Fire District firefighters said they responded to the crash at 3:40 p.m. at Brentwood Boulevard and Grant Street. Upon arrival, rescue units discovered two vehicles with major damage. Paramedics said that one person was inside one of the damaged vehicles and had to be extricated. Despite life-saving measures performed by EMS, the woman was pronounced dead at the scene. The other driver, who managed to get out of his car on his own, received treatment at the scene. It’s unclear if he was transported to an area medical center or if any other victims sustained injuries. 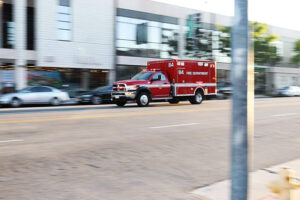