Berkeley, CA (July 29, 2021) – A woman who died on Monday evening, July 26, after she was hit by a vehicle while crossing a street has been identified by the Alameda County coroner’s office as 54-year-old Latitia Austin Ahmed.

Officers with the Berkeley Police Department say that her 25-year-old daughter was also seriously injured but was hospitalized in stable condition. Initial reports indicated that the two women were crossing Ashby Avenue near Newbury Street about 9:50 p.m. when they were hit by a driver traveling eastbound on Ashby. The driver, identified only as a 24-year-old Oakland woman, stayed on the scene and cooperated with authorities.

Ms. Ahmed suffered critical injuries and was rushed to an area medical center via ambulance. She died at the hospital.

Police said that drugs or alcohol do not appear to be involved but asked anyone with information about the collision to call traffic investigators. The investigation is ongoing at this time, and further details have not been released.

Our deepest condolences go out to the family of Latitia Austin Ahmed. Our thoughts are with the injured victim in hopes of a full recovery. 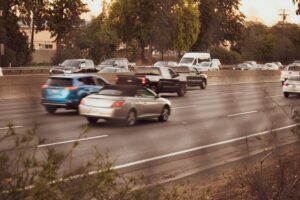 Recent data released by the Department of Transportation indicated that California is among the top states for pedestrian injuries and fatalities. In fact, in the span of just one recent year, more than 30,000 traffic crashes resulted in fatalities, major injuries, or minor injuries on Bay Area roadways. Tragically, hundreds of lives are lost each year on major thoroughfares and highways throughout the bustling city centers in Northern California. From San Jose and Oakland to Fremont and beyond, fatal pedestrian accidents are one of the most common contributors to vehicle fatalities that occur in the Bay Area.

It’s clear that serious pedestrian accidents causing injuries or even fatalities are all too common in California, especially in these busy cities comprising the Bay Area. When victims are injured in a pedestrian crash, they may have to deal with other drivers’ insurance companies, long-term physical issues, and exorbitant hospital bills. Oftentimes, as a result of these incidents, victims succumb to their injuries. When this occurs, victims’ grieving families are left to cope with emotional trauma and financial difficulties for months or even years.

Our legal team will gladly review the facts of your case, tailoring our advice to match your specific needs. We have years of experience when it comes to fighting for victims and their families, so you can rest assured that we will work to secure your entitled compensation. If you or a loved one has been involved in a crash caused by the negligent actions of another party, reach out to our lawyers in the Bay Area of California today at (415) 692-5301 or Halavanau.com to schedule your consultation. We are ready to help you and yours navigate the claims process and learn more about bringing a successful claim as soon as possible.